My Experiment With Trump Is Over 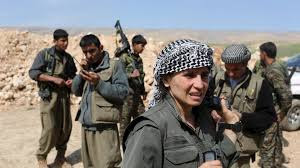 When Trump was elected in 2016, as a conservative I approached his term with guarded optimism.  After all, maybe an outsider wouldn't be a bad thing, especially aided by some people whom I respected.   Over the next two years, as these advisors peeled off,  I said well,  some of them are still on board, until they were all gone.  I did cringe when Trump berated the departed, who all knew more than he would, ever.

Allowing Turkey to enter Syria, at the peril of the Kurds, is the deal breaker for me. While diehard justifiers might cite ending endless foreign missions,  it was neither the time or the place for that.  We are clearly serving Turkey's interests, not our own.  Trump's ramble about the Kurds not being our allies in WW2 pretty much sums up his lack of any historical perspective.

Assuming Trump remains the Republican nominee in 2020, I may be forced to vote for the Democrat, whoever that may be.  This experiment in outsider governance is over for me.  I suspect that I may not be alone about this being a deal breaker.  Many of his supporters consider themselves patriots,  and the notion of abandoning an ally in the field is completely contrary to their values.  One thing is certain,  there are no new supporters coming forward to replace them.  Trump may soon feel like the Kurdish fighters he abandoned.

photo of betrayed Kurdish fighters
Posted by michael molovinsky at 5:18 AM