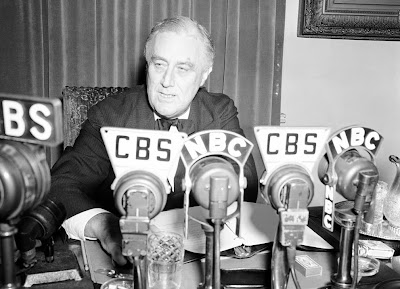 When Republicans ask me about Jewish voting trends, I usually reply that the Jews don't know that Roosevelt died, and that he didn't particularly like them anyway. They have been genetically programmed for the Democratic Party, since their great-great grandmothers thought Roosevelt was helping them. Jewish support for Obama slipped from 78% in 2008, to 70% on Tuesday. Although that is a significant move of the needle, considering how important Israel is to the Jewish psyche, and how little affinity Obama has for that nation, genetics still prevailed.

reprinted from November of 2012

UPDATE AUGUST 22, 2019:  Although over the years I have written many posts about Jewish voting and Israel,  between Netanyahu, Omar, Tlaib and Trump, the topic is front and center.  In the last couple of days we read about Trump and the trope.  Years ago, Art Linkletter had a program called Kids Say The Darndest Things.   Kids, not unlike Trump, don't have the filters that society places on us over the years.

While in the movies, John Wayne and James Stewart were idolized for plain talking, that trait is certainly not expected or appreciated in politics.   Although not expected, I guess the question for 2020 will be how many people appreciate it?
Posted by michael molovinsky at 6:17 AM