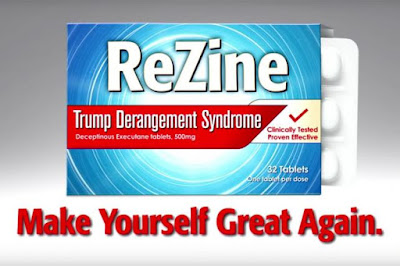 The headline of a letter to the editor caught my attention, Trump’s policies more important than his faults. Although the particular letter didn't elaborate much on anything, that headline captures my dilemma. I agree with Trump on numerous polices, he is just so very inappropriate with his messaging. To many people who don't disagree with the policies, the messaging is so offensive, they can give no credit to policy. To them he is a constant irritant, who must go.

I recognized and wrote about the Trump Derangement Syndrome before the term was coined. Trump is the first thing they lament upon wakening, and the last thing they despise before sleeping. I have lost numerous readers by giving him any credit for anything.

This blog is produced in both web and mobile versions. Those who read the web version can see the Bill Weld For President logo on the sidebar. Nobody, including myself, gives Weld much chance in the Republican primary. To me he symbolizes the concept of keeping the current policies, but with a different messenger.
Posted by michael molovinsky at 12:20 PM