No Valentines At Parkland High In Florida 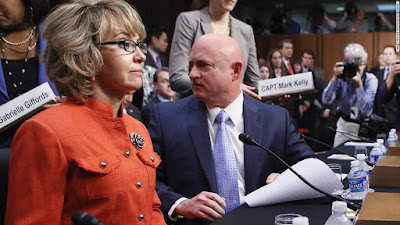 Today is the one year anniversary of the mass shooting at the High School in Parkland, Florida. Their congressman, Ted Deutch, who is a Bethlehem, Pa. native, is hoping that the proposal for universal background checks can pass a house vote. A proposed counter amendment, that domestic violence victims can buy a gun with no background check, shows how irrational the gun debate has become.

Being a right leaning independent, my blog audience tends conservative. Yesterday's post on molovinsky on allentown, supporting Mark Kelly for senate, illustrated the divide on this issue. Electronic background checks only take a few minutes to complete, when purchasing a gun. Although true that this measure will not prevent shootings in itself, there is no reason not to vet everyone before they purchase a lethal weapon.

As an avid supporter of the 2nd amendment, I do not buy the NRA's slippery slope argument. I believe that I can best protect my gun rights by conceding that some regulations can be rational, such as mandatory background checks.

Giffords and Kelly on Capital Hill
Posted by michael molovinsky at 6:52 AM

I disagree. The primary rub here is that the individual citizen has to pay for the check in order to exercise a right. If the citizen was not being forced to pay then I would be willing to acquiesce, as long as the check was able to be conducted nearly instantaneously.