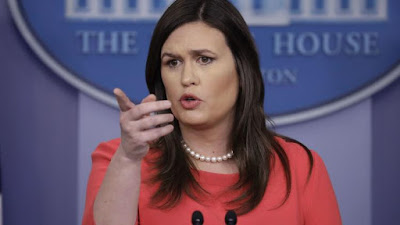 Last night on the Call website, in the top roll of articles was a commentary piece from the Washington Post.  The column, written by Erik Wemple,  justifies CNN not covering the recent press briefing by Sarah Sanders,  because of White House lies. He also cites frequent distortions and falsehoods.  If these are not justifications enough, he adds their bogus pronouncements and concludes that CNN's audience appreciates discretion in what news is presented.

Now, I understand that there is a history of tension between CNN and the Trump administration. However, with CNN's dominant position in media,  democracy would be better served by allowing the public to hear the briefings.  Instead, we have a major cable and internet provider deciding what is news worthy for us, with a major paper justifying the censorship. Then, that attitude is passed on to  minor markets,  like Allentown.