The Entitlement People vs. The Silent Majority 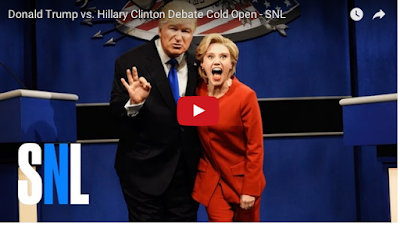 The title for this post is derived from a comment submitted to a prior post.  The commenter was hoping that the silent majority comes out  from the shadows and votes for Trump, to begin to change the status quo.  As an advocate for decades on local issues,  I think that, unfortunately, the key word is silent,  and if so,  it doesn't matter if they are a majority or not.  Now, I will say this;  I believe that Trump has motivated a previous uninvolved citizen,  and I believe that such people will come out and vote for him.  The question is how big is that constituency?  The Democrats do have an organized ground game.  I think it's fair to say that the Trump camp is completely unorganized at getting out the vote.  He is depending on individual volition,  which doesn't have a strong track record when it comes to voting.

We are in an era where political fortune is determined by the entertainment industry.  The liberals are willing to have their opinions shaped by the writers for  Jon Stewart and SNL.  Likewise, the conservatives look for guidance from Rush Limbaugh and other talk show disc jockeys.

I'm blessed by not being politically invested in this presidential election.  When I go to breakfast the morning after, on November 9th,  I will be equally entertained by both the happy camp winners, and the despondent losers.
Posted by michael molovinsky at 5:06 AM