President Trump On Hope And Change 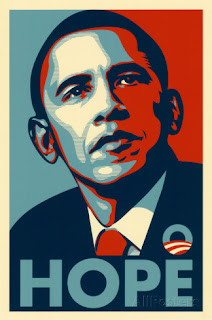 I was going to put up a picture of a murdered Christian woman in Syria, impaled by a cross, but it's just too horrible an image to use to make a point;  That point being we're concerned about words that hurt, or being perceived as xenophobic.  While they bury those murdered by terrorists in Paris, Obama wants to accelerate closing Guantanamo Bay, he's worried about legal rights. To paraphrase a movie, Obama wants to bring a knife to a gunfight.

As details emerge about the police shooting in Chicago, apparently his inspirational speeches about Hope and Change hasn't translated into changing any facts on the ground, even in his home town, with his former presidential aide as mayor.

The press is appalled, because they think that Trump may have mocked a reporter with a disability. I'm worried by journalists being beheaded for trying to report the news, not Trump being politically incorrect.

I can't say that I'm surprised that hope alone doesn't do anything.  I think,  to the chagrin of my liberal associates,  if the election was held tomorrow, ............
Posted by michael molovinsky at 7:35 PM