A Bad Night For Trump 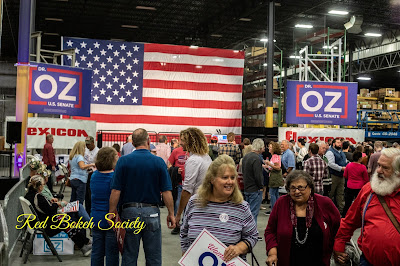 When Trump campaigned for Dr. Oz in Pennsylvania, I hoped that Oz could prevail in spite of it...He could not.  Although Oz was a markedly more qualified candidate, Trump proved to be a liability, not an asset...In Pennsylvania no less, a supposed Trump stronghold.

For some of us who supported Oz, Trump's apparently waning influence was the only consolation.  If Trump couldn't push Oz into the Senate, there's no way he can again push himself into the White House.  If Trump cared about the Republican Party, he would turn his focus to a library, not another run for office. However, nobody, even his supporters, believes that he cares about party above himself. If his supporters, his base, could not elect Oz, neither can Trump be re-elected in Pennsylvania, or enough other key states.

While Tuesday was a bad night for Trump, it was a good night for the conservative movement. Now perhaps a candidate will emerge who can win in 2024.

Posted by michael molovinsky at 10:06 AM