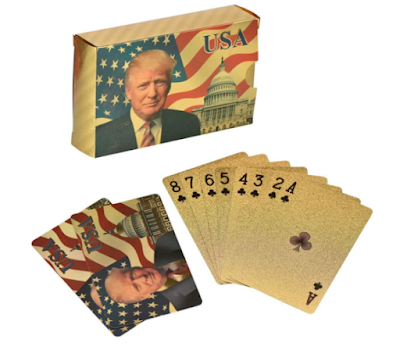 On Wednesday morning the New York Times proclaimed in headline, The Party Of Trump. Their premise, and the premise of much of the media, is that Republicans are weak minded cultists,  even willing to drink poisoned kool-aid. The antiquated primary system often does nominate lesser qualified candidates in both parties... And it can result in non-competitive elections come November.

While this primary system can throw away what should have been slam dunks, as in Pennsylvania's governor race, don't count out a Republican presidential victory in 2024, unless Trump is the nominee.  While Trump's influence can defeat Cheney in Wyoming, he's way too polarizing to win the presidency again.

While the Times hopes to see Trump run and lose, he won't be at the top of the ticket in 2024, and that's their fear.  With  DeSantis or even Pence, the liberal media will have to work much harder to sway the election.

Posted by michael molovinsky at 3:32 AM