Everything Through Trump Prism 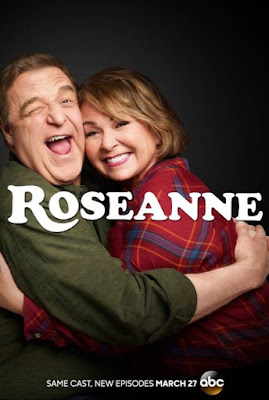 There was quite a bit of buzz about the Rosanne show redo. While it did very well in the number of viewers,  facebook and other social media were awash with snarks, almost all based on the snarker's view of Trump. Because Roseanne portrayed a supporter, or at least a voter for Trump, Trump's opponents took to spraying their venom on Roseanne. She's a pig, as crude as ever, was the overall tone of their rants.

I never imagined that Trump would polarize the country in the way that he has.  The liberal media has taken to considering Saturday Night Live bashes as news.  Roseanne Barr has always been well tuned to popular sentiment,  and I suspect is well poised to produce another classic series. ADDENDUM: An opinion piece on CNN concedes that the show is good, credits the known liberals involved, such as Sara Gilbert, but discredits Roseanne. That so typifies the distorted prism through which MSM has chosen to operate.
Posted by michael molovinsky at 4:29 AM