Anything Anti-Trump Is Tolerated 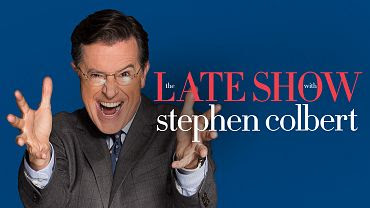 I have a liberal acquaintance who has no toleration for any humor that is at the expense of homosexuals. He is even offended when you're not up to date on current designations of the various gay groups and new subgroups.  However, he wasn't offended by Stephen Colbert's homophobic remark about Trump and Putin.  Of course, worst than these late night jokes, is that the Democrats are reduced to these previous second string comedians being their de-facto party leaders.  In some cases they actually believed their act and ran for office, enter Al Franken.  I see commercials for Samantha Bee, whoever the hell she is.  In every one she is bashing Trump.  What would all these comedians do had Hillary won?

Meanwhile, in the real world, Trump has been assembling a first rate team, like Rex Tillerson and Jim Mattis.  The actions taken, such as the strike on the airbase in Syria,  have been measured.  Yesterday's decision to arm the Kurds again shows realistic analysis and resolve.  However,  regardless of accomplishment or facts,  the liberals will wait up for the late night bashing.
Posted by michael molovinsky at 4:08 AM