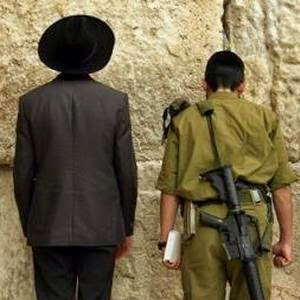 In response to the synagogue killings in Jerusalem, the media has been speculating about a religious war. I'm not sure where those reporters have been for the last 3,000 years, but killing Jews is a historical sport. Almost every language even has special words for the ritual. For many centuries before the Holocaust, killing Jews was called a pogrom. In 1929, the Jews of Hebron were massacred. Yes Dorothy, there were Jews living there long before Israel was created in 1948. There's even a long tradition of killing Jews in their synagogues. Twenty two Jews were murdered in an Istanbul Synagogue in 1986.

What's new is that Jews in Israel are capable of shooting back, capable of defending themselves. Although the world is used to dead Jews, they don't like Jews who fight back. For Israel's audacity to defend itself, it is called racist, apartheid and even nazi. Fortunately for Israel, it doesn't allow those insults to deter them from defending themselves.
Posted by michael molovinsky at 1:32 PM