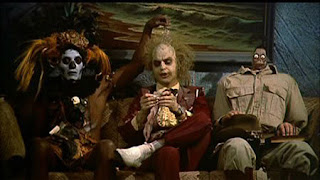 Yesterday I went to the Social Security Office, across from the prison, to discuss my retirement options. I was given number 199. In addition to retirement, Social Security also dispenses money for disability. I would say from the gray hair, there were about three of us contemplating retirement, all the others were for disability. A few middle age men were carrying their fake canes. The canes aren't fake, it's the disabilities. I saw one such gentleman walk in from the parking lot, clearly the cane bore no weight, and was merely a prop. Most of the people waiting were quite young, in their twenties. Disability has now been expanded to include mental conditions such as depression, anxiety, additive personality and anger management. I will say many of them did look angry to me. It was hard finding a parking space. Business also looked good across the street, at the prison.....

The above is reprinted from a previous post entitled Growth Industry In Allentown.  The Obama camp and their sycophants in the media, think that they're having a field day with the secret Romney tape.  In reality, the tape raises a question about a serious problem in America,  which Obama and his choir wouldn't want to address.
Posted by michael molovinsky at 6:07 AM