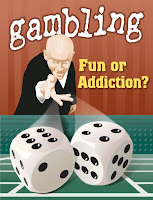 In November Obama may win through the Electoral College, yet lose the popular vote. In any voter outcome, the media will be the loser. Although we are in an era where some media outlets don't purport objectivity, this election has inspired everyone to throw caution to the wind. Obama was a concept, that genuinely inspired the progressively dominated media industry. To the extent that he turned out to be more style than substance, his re-election is not a given. The media players naturally are not easily giving up their dream. Thrown into the mix is a market condition which rewards theatrics more than facts, and everyone becomes an actor first, and a reporter second. When the votes are counted in November, when the frenzy is over, the public will digest what was served as news. No matter who's the president, they will know who wasn't a reporter, and what wasn't news.
Posted by michael molovinsky at 6:59 AM

I like to think that despite the media bias, the American people (at least a majority of them) are smart enough to not be filled again.

No matter the outcome of novembers election most americans truely do not have the cognative abilities to understand americas being teetering on the edge of the abyss? MMO GOT TO GO!