Light Unto The Nations 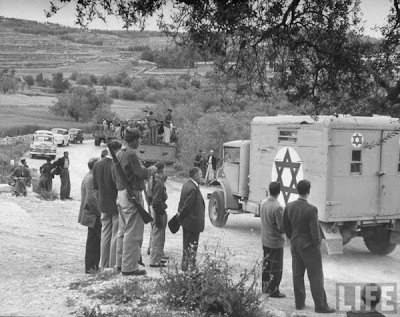 While Polish soccer fans taunt a visiting team from Tel Aviv, and a doctor from Bethlehem joins a flotilla to Free Gaza, Israel is releasing over 1000 of it's avowed enemies to free one soldier. The soldier was abducted in Israel in 2006, and dragged into Gaza, while his two comrades were killed. His abductors will also be released, along with dozens of others, who pride themselves on how many Jews they have killed. In that group is a bomber, who alone blew up 30 Jews. Israelis know that some of these terrorists will return to Israel, and kill more Jews. The Israeli soldier was 19 when captured. He has not been seen since 2009. While the Polish fans jeer, and the doctor rants, the light shines.

reprinted from molovinsky on allentown
Posted by michael molovinsky at 5:29 AM