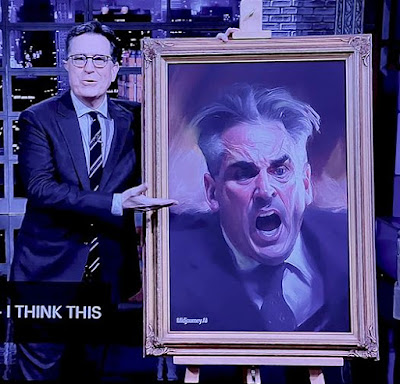 The marriage between news and entertainment isn't new, but it's now polygamous, with opinion and politics. With the Stephen Colberts and Jon Stewarts, pundits are comedians, and comedians are pundits.  Both parties, left and right, are the brunt of the other sides' jokes.

This merging of politics, humor and ridicule did the country no good. People have become so polarized that they think that the other side deserves the derision.

I have no delusions that we will revert back to more separation between news and entertainment... That paste isn't going back into the tube.  There is no longer any separation between news and opinion. On the contrary, down the road today's broadcasts might look scholarly. Instead of beautiful blondes, perhaps the news will be delivered by a dummy and ventriloquist...and we won't know the difference.

Posted by michael molovinsky at 4:13 AM