Another Billy Joel Moment for Allentown 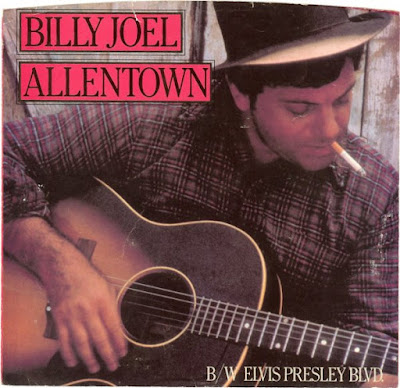 Years ago, former mayor Joe Daddona invited Billy Joel to come here, to soften the image that his song had created about Allentown.  Likewise, current mayor Matt Tuerk is upset about how CBS portrayed Allentown in their broadcast last week.

The CBS segment was based on a supposed correlation between cities with a drastic population shift, and the Jan. 6 riot.  It creates a collage of changing demographics feeding white resentment, resulting in crazed Trump supporters descending upon the Capital. Choosing Allentown as representative of this correlation doesn't sit well with Tuerk and others. He would like CBS to return, and see Allentown through his eyes. Gubernatorial candidate Josh Shapiro has also expressed dismay about the program.

I have some back-channel insight about the CBS production. As a chronicler of local history, CBS contacted me last winter to participate in the interviews. In the course of several conversations, the Jan. 6 riot correlation was never mentioned. I suspect that both men interviewed, Ed Frack and Gary Iacocca, felt broadsided when the program aired.

I doubt that Tuerk will have much success in having CBS revisit Allentown. Mainstream media isn't very big about conceding misrepresentations.

Part 1 of my analysis of the CBS program appeared yesterday on this blog.

Posted by michael molovinsky at 6:23 PM